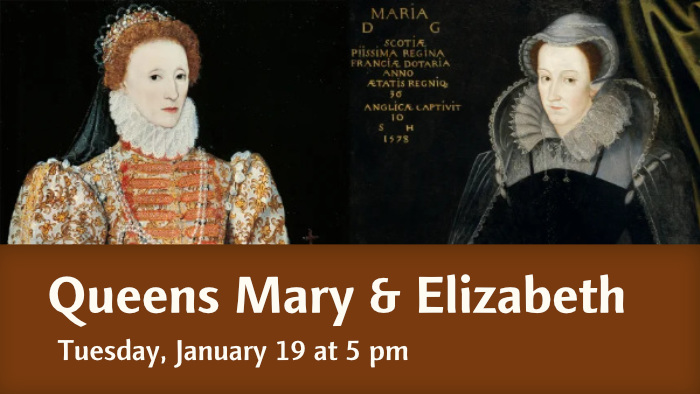 Mary and Elizabeth were half-sisters, Queens of England in turn, ironically because Henry VIII (and most of England) had thought that only a male could rule successfully.  Mary tried to return England to the old religion, and almost succeeded; Elizabeth turned it back to a Protestant future, though it took a long time.  Join us to take a look at Mary and then at Elizabeth’s first accession to regal authority.