Theresa Rector, wife of John Lyndon, donated the property for an Episcopal church in Los Gatos in 1882.

Mrs. Thomas Evans, Mary McCullagh’s mother, was visiting her daughter in Los Gatos as a new church was being contemplated. When she returned to her home in Germantown, Pennsylvania, she organized her church, St. Luke’s, to raise funds for the Los Gatos parish. Grateful Los Gatan’s named their church St. Luke’s in thanks for the help of their benefactors in Pennsylvania.

Rev. R.M. Chapman, D.D. who arrived in May 1882 and was the first rector of the mission, dreamed of building a church in this city. He died in April 1883 at age 73 before seeing his dream completed. He is buried in a crypt under the church.

The St. Luke’s Mission church was completed in September 9, 1883. The original wooden structure was one of the earliest churches in town. In 1886 the church became a full parish. A new Mason & Hamlin pump organ was installed in 1889.

Early Sunday morning, October 13, 1901 the wooden St. Luke’s Church building was burned to the ground by the Livery Stable Fire which destroyed many of the buildings around the intersection of Main St. and School St. (now called University Avenue).

The parish community raised funds to rebuild St. Luke’s and the mission style building was designed by San Francisco architect W. Dolhim. Construction during 1901 to 1903 was done by local contractor Hy Hooper, and the building painted by local resident Jack Sullivan.

The parking lot south of the church was originally the site of the Carnegie Library (1903-1953), visible on the right side of the middle photo on the right.

The library suffered damage from the 1906 earthquake but continued operating until it was demolished for safety reasons in 1954. Saint Luke’s church expanded in 1954 after purchasing the adjacent library property.

Starting in 1971 there were extensive modifications done to Saint Luke’s. The north side of the church building which had a covered porch entry was fully enclosed to provide more seating inside the church. The main doorway of the church was moved from the street on University Avenue to the south side of the building. This new entrance off the parking lot provides entry to the church without stairs. The sanctuary was also remodeled to adopt the same mission-style that is featured on the exterior of the building.

Photo of St. Luke’s Church in 1903 from historylosgatos.org 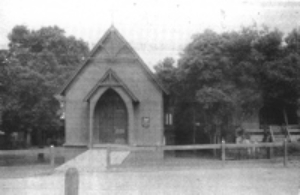 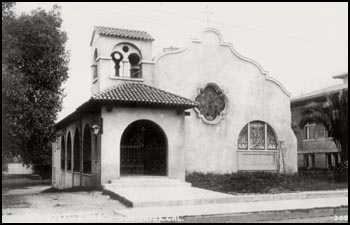 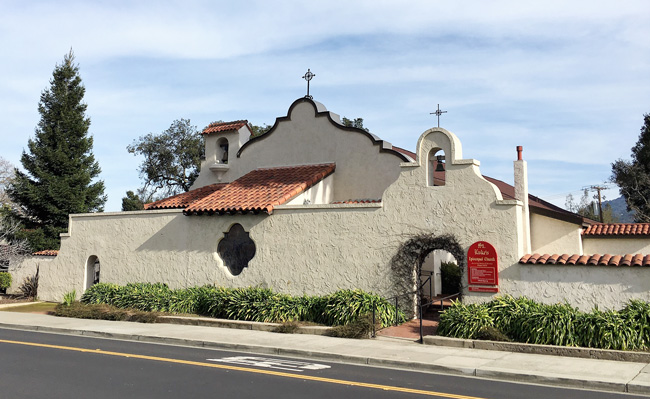